A structured and productive conversation

Mesydel is inspired by the Delphi method, an expert methodology used to facilitate a panel consultation and to help making decisions by taking each participant's point of view into account. As a didactic process, the Delphi method was designed to provide the benefits of sharing and exchanging opinions, so that respondents could discover the opinions of others without this excessive influence which is sometimes found in conventional face-to-face situations (which are generally dominated by those who speak the loudest or have the most prestige). The technique allows participants to deal with a complex problem in a systematic way. During each round, the relevant information is shared and enriches the knowledge of the panel members. They are then in a position to make recommendations based on more complete information.

How does it work ?

A Delphi survey in short 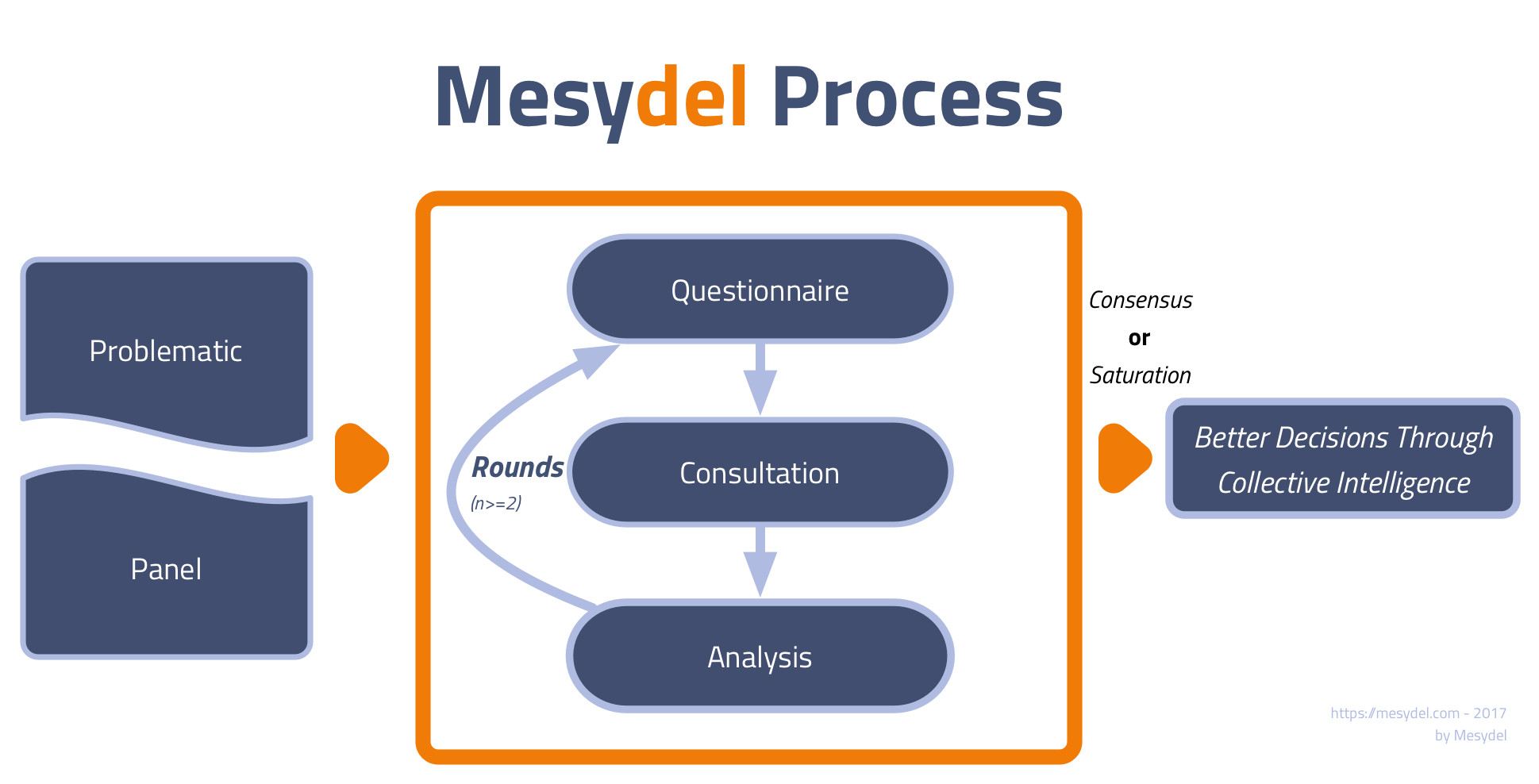 Description of the Mesydel process -- 2017

The method is inspired by the Delphi method which was constructed to encourage consensus on specific themes such as prioritization, technological foresight, or decisions on certain technical or medical options. More precisely, the Delphi method creates conditions that are favorable to the convergence of opinions, while at the same time making it possible to discern clearly the points of dissensus. The study of the latter is important, as it legitimizes the method and often leads to redefining the initial problem, again favoring the attainment of consensus.

Unlike conventional surveys, the Delphi method consists of an iterative and interactive consultation: a panel of participants is consulted during several rounds, and in each of these rounds, the panel receives a return from the previous round while taking again position with respect to the previous results (controlled feedback process). In addition to giving their opinion, participants are aware of the opinions of the entire panel. They can then provide complementary feedback and refine the results.

When to use a Delphi-type survey ?

Usually, one or more of these features require the use of the Delphi method:

Advantages of the Mesydel solution

The Mesydel platform is an online application of the Delphi method. The advantages of this online Delphi method are numerous, as it centralizes the logistical and analytical tasks of the method within a single platform. This includes the management of the participant's address database, e-mail communication (invitations, reminders and acknowledgments) and qualitative and quantitative analysis tools.

Do not hesitate to contact us by phone or email to let us know about your project.

Ask for a quote

Try to answer the following questions.